Web Summit and why it was awesome.

Awesome is such an American word, so I cringe when I use it (so does Emer), but it’s the only way I can describe last week at Web Summit.

Now, I’m sure when Project Zilkr announced that it would be exhibiting at the summit it would have raised a few questions in people’s minds, ranging from ‘how in God’s name can you afford a booth at Web Summit’ to ‘aren’t you like, 12?’. So I think I should probably begin by explaining how we got there. It was a total gamble really. So I was sitting in the front room at the Outbox House in London, reviewing Zilkr’s marget seg which had just been emailed over from my compadre Campbell when I lost concentration and my eyes drifted to the Facebook window on my browser. “Okay, just 5 minutes,” I told myself, as I started scrolling, and then suddenly an advertisement for WebSummit popped up and I was transported back to this time last year, when I stood in the midst of the Alpha exhibitors and vowed to myself that I would be there next year with a startup of my own. And then I decided to play a guessing game.

I grabbed a notepad and wrote down all the possible email addresses for Paddy Cosgrave I could think of. ‘@websummit.net’ was a no brainer, it was his username that I had to brainstorm. Eventually I narrowed it down to the most likely four: ‘paddy,’ ‘paddycosgrave,’ ‘paddy.cosgrave’ and ‘cosgrave.’ So I sent an email to each, explaining who I was, what Zilkr does, and adding in a guilt trip at the end about doors in faces and such. Clicked send, closed my laptop, and went to grab a glass of milk. And promptly spilled milk all over the floor when, 15 minutes later, my phone beeped and an email entered my email from the man himself:

“Ciara,
What a story! Congrats! Love getting emails like this, even at 12am while in Hong Kong with the team...”

And so on and forth, referring us to people on the media team etc who would work with us on Zilkr’s involvement in the summit.

So that’s how we came to last Tuesday evening arriving at the RDS fresh from flights from Austin, buses from Lucan and cars from Kinsale. I had the pleasure of speaking at the Schools Summit that evening on the Main Stage, which was a wonderful experience, especially when the young audience did 'Z's for Project Zilkr.

Z's for Project Zilkr on the main stage tonight at #websummit! Thank you so much guys, you're why we're doing this! pic.twitter.com/uOWRxotHHo
— Project Zilkr (@ProjectZilkr) November 3, 2015 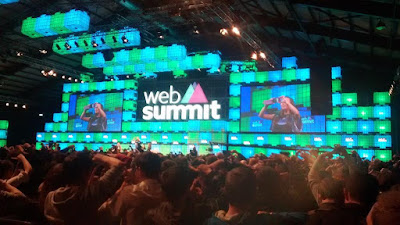 Wednesday was when the party started for real, as that was the day we were exhibiting. We had a fantastic time with all the other ‘Alphas,’ taking photos with our @projectzilkr sign, meeting many corporate influencers and pitching to Accenture (watch this space). 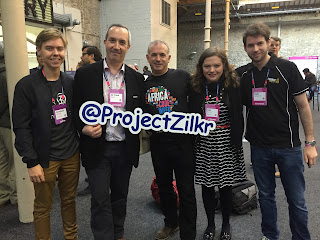 I was actually supposed to go back to Cork for school on Thursday, but after asking really nicely, my parents agreed to let me stay (provided I caught up on schoolwork of course). And aren’t I glad I did, as that morning we were interviewed by Sky News for Project Zilkr. Thursday was wonderfully chill, we got to hang out in the speaker’s lounge, catch up with Dublin based friends, see some of the interesting talks and recruit some mentors for Project Zilkr. I’m not gonna lie, I felt super cool flashing my Speaker wristband to the security guards outside the Spiegeltent whilst being followed by a volunteer holding an umbrella over my head (I think she thought I was someone important), before losing all pretence of maturity when I saw the free food in the Facebook lounge. I also think my lack of experience may have been given away when I made eye contact with Dan Brown while grabbing some free ice cream and subsequently melted to the ground in awe. 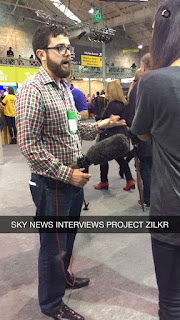 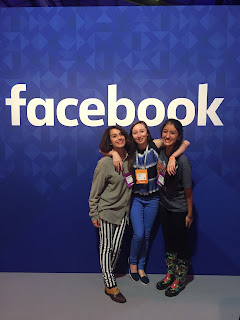 I wasn’t expecting to, but I did feel a little sad knowing that this was the last Websummit in Dublin for the time being. I feel like Irish culture is part of what really makes the Summit work, but I respect their decision to move to Portugal. I only hope that one day the Summit will return.

So that was my Web Summit and it was honestly so much fun. I’d like to thank Paddy for taking the time to read that email, and for taking young people seriously – it doesn’t happen enough unfortunately. So what I’d say to everyone is, don’t be afraid to send that DM, or make that phone call, because you never know where it may lead you. The worst anyone can say is no. 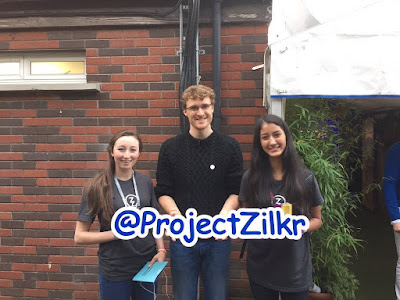 Wow, what was a light hearted blog post got a little deep there. So please enjoy this video of me skiing into a wall to lighten the mood.