This was my 13th year attending the BT Young Scientist and Technology Exhibition, but I have to say, it certainly wasn't unlucky. The thing about this rather special event is that it hits you like a wonderful brick in the face right after New Years, and you are treated to a fantastic few days before it suddenly ends and you are left to think of ways to make the rest of the year pass quickly, just so it can be time for the BT Young Scientist again. 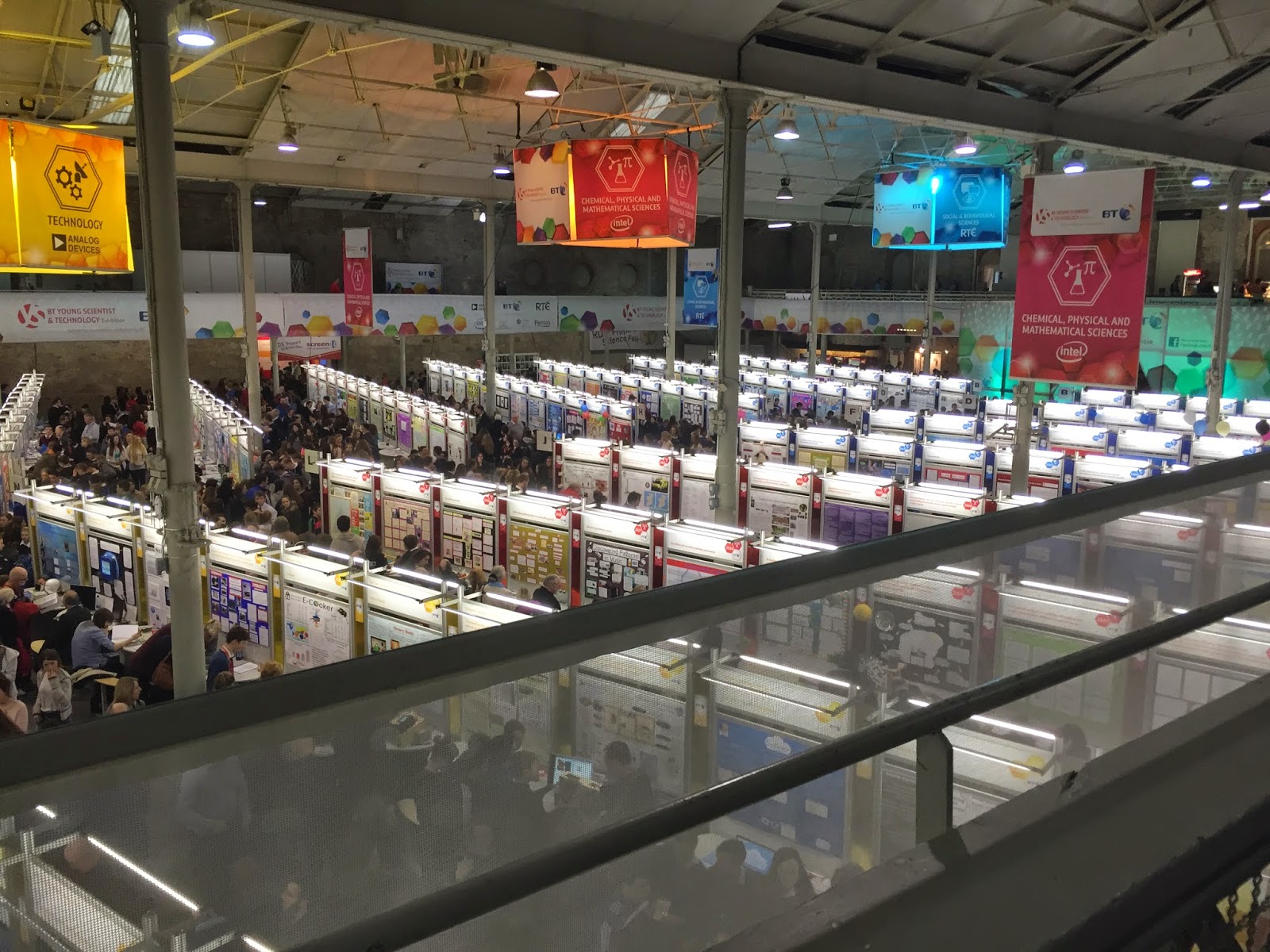 I like to think that every year of the BTYSTE is unique in its underlying ethos and theme, and for that reason I come away with a different impression from each exhibition. This year I was certainly struck by a sense of diversity and curiosity from the stands. Even within categories, topics and methods differed hugely, and it  seemed like students were investigating subjects in which they had a genuine interest (rather than just bunging in a project for the week off from school). I'm not a judge, so I obviously can't comment on the standard, but I know that I felt more enlightened walking away from most projects than I ever have in previous years.

I was lucky that at the BTYSTE I had the opportunity to do a little bit of everything. For one part, I was in charge of coordinating the activities of the Digital Youth Council. The BT Young Scientist gave us the opportunity to get our name out there to the student body: we conducted student interviews about digital learning and of course asked about their projects; and performed a pilot of a learning beyond the classroom 'School Skype' where RDS Primary Science Fair participants videochatted with their friends back in school to tell them about the exhibition. Although organising the events was a little stressful (you may have seen me looking a little haggard on Wednesday when we had several camera malfunctions) they were a huge success, and the Digital Youth Council will build on our activities at the BT Young Scientist at future events.

During the times when I wasn't rushing around chasing a camera, I also acted as a mentor for the projects of Kinsale Community School (which basically just involved giving them water- we're an independent bunch). I love the sense of team spirit amongst the Kinsale projects this year, and watching my friends coming out of judging sessions with smiles on their faces brought me so much happiness. Something not often mentioned about the BT Young Scientist is the effect it has on people's personalities, particularly those in younger year groups. I now have friends in first and second year who I wouldn't have known at all if not for the BTYSTE acting as the gel that holds us all together. Students who I met at their first meeting in September and were too shy to speak to me were bursting with stories for me every evening after the exhibition, whether about their judging, new friends, VIP guests, or just something unusual happening near their stand! 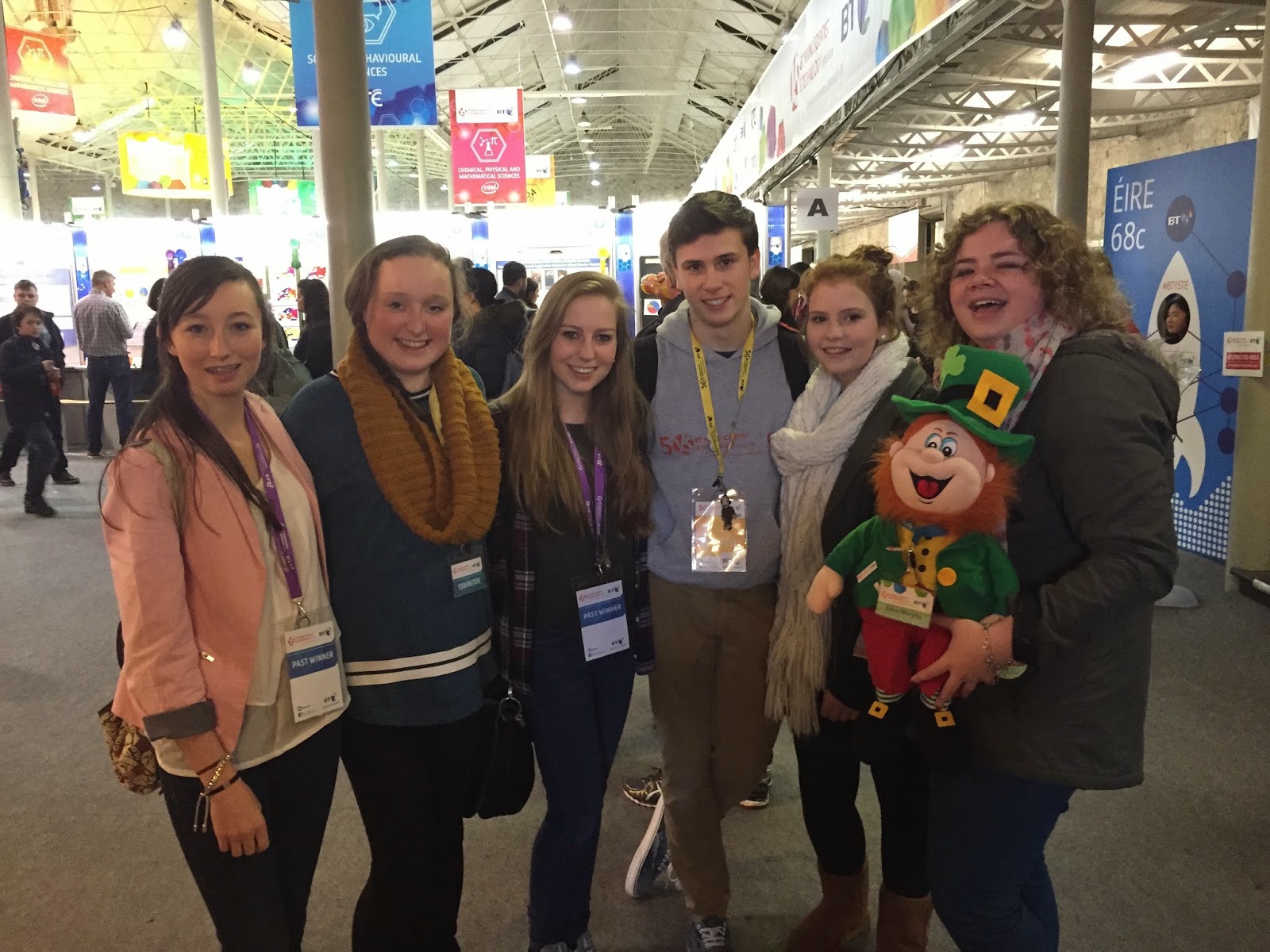 I know that being a student of Kinsale Community School people might expect me to speak about the awards ceremony, where we did get a few prizes. But for me, and indeed all of Kinsale's entries this year, it is 100% not about the trophies. Of course it brought joy to my heart to see people who had worked, and who had put blood, sweat and tears into their projects get recognised, but that's not what the BT Young Scientist is about. Out of more than 2000 entries, 550 projects qualify for the RDS, and when you walk in the doors of the exhibition, that is you claiming your prize: the experience of a lifetime.

But of course, there are winners, and this year it was Eimear Murphy and Ian O Sullivan from Colaiste na Treasa in Kanturk. They were the well deserved BT Young Scientists of the year for 2015 for their study 'Alcohol consumption: Does the apple fall far from the tree?' Their being the second Social and Behavioral project to win in the 51 years of the exhibition, I honestly did feel like I was witnessing history seeing them up on stage. Their study was incredibly well carried out and interesting, but more importantly, from the short time I have spent with them, Ian and Eimear seem like great craic. I look forward to getting to know them over the next year, and they are a fantastic addition to the BTYSTE Family! 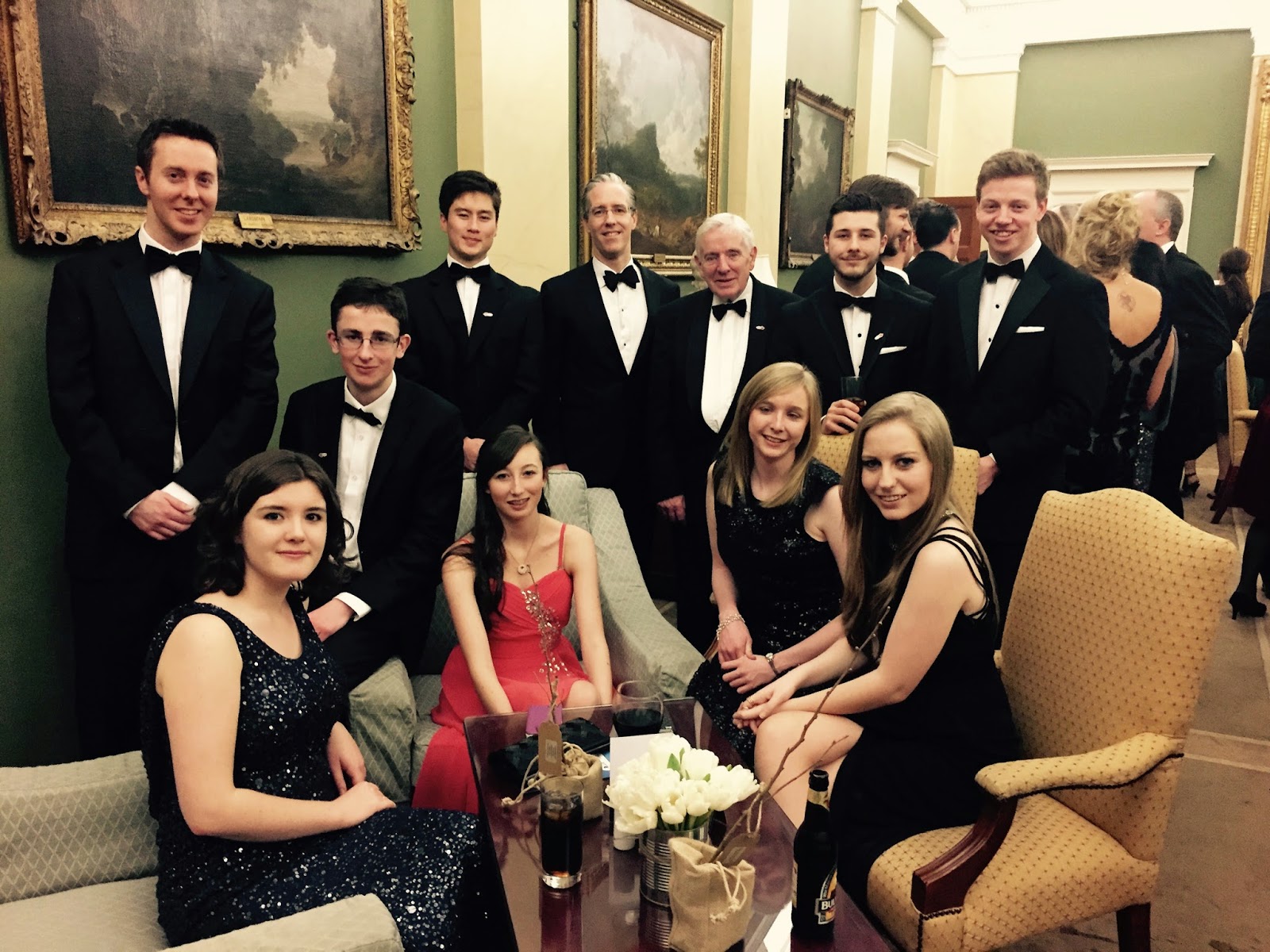 There's too many people to thank for an amazing week at the #BTYSTE , so I'm just going to pick a very important group of people who I like to think of as the unsung heroes of the BT Young Scientist and Technology Exhibition: The BT Redcoats. They work tirelessly all week to make sure students, sponsors and guests have an amazing time, completely voluntarily, and they're great banter too! I briefly had the honour of wearing a coveted red coat for a few minutes on Saturday evening, but the responsibility was too overwhelming for me: I'll leave it to the experts! 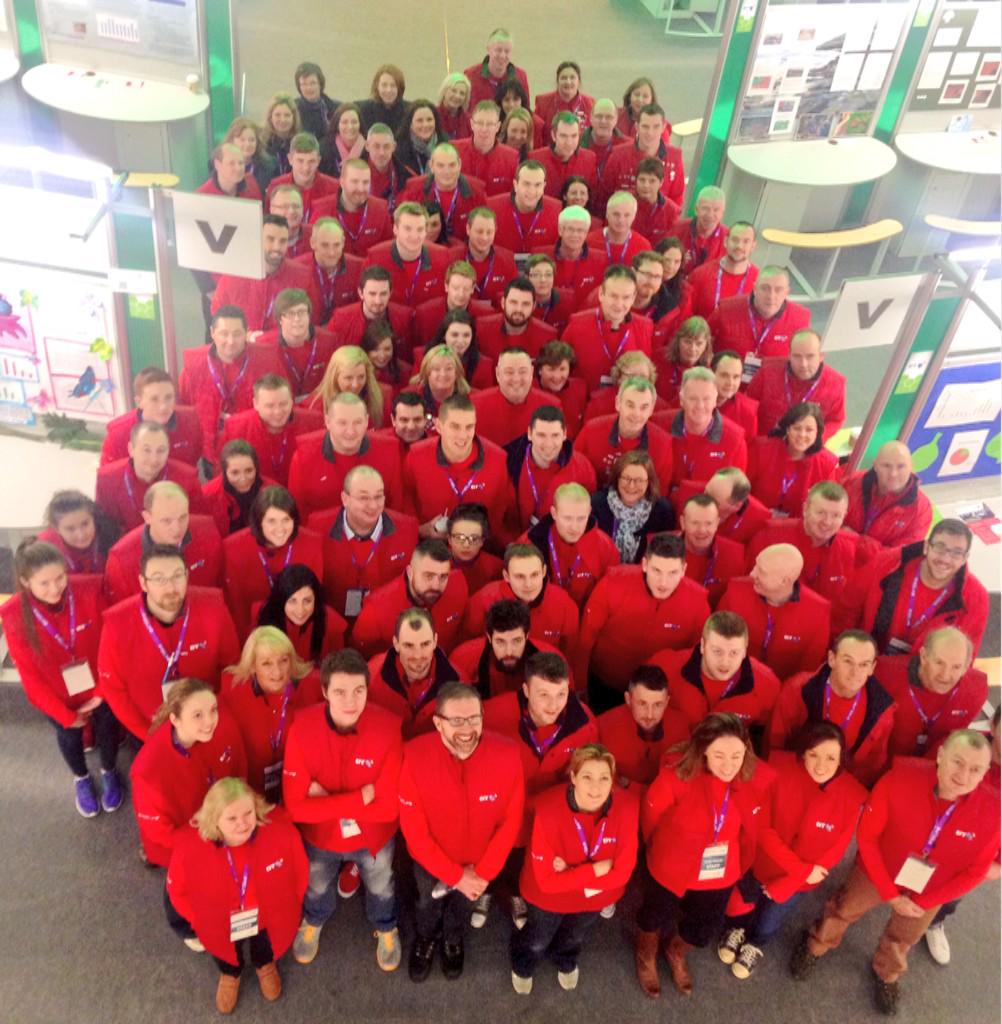 There's something quite special about the BT Young Scientist that nobody can quite put their finger on. You walk into the exhibition hall and you are hit with a sudden wave of heat, noise, and energy, which are all combined into a buzzing atmosphere. There isn't a frown in sight amongst the students, visitors or staff, and topics of conversation range from hair to the complexity of protein molecules. It is this fusion of youth, fun and science that students experience at the RDS, and it is for this reason that the graduates of the BT Young Scientist and Technology Exhibition are well equipped, confident, and competent students who blaze a path for Ireland all over Europe and indeed, the world!